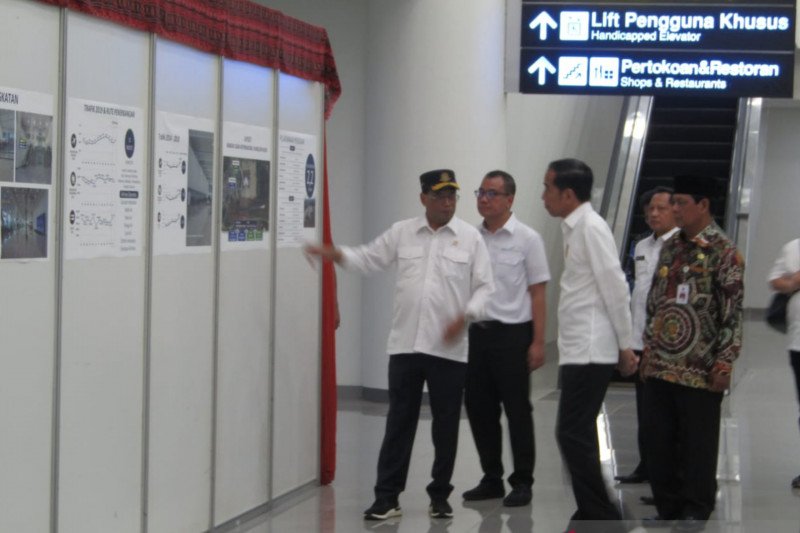 The head of state arrived at the Syamsudin Noor Airport at 11:40 local time and headed straight to inspect the new terminal and intermittently greeted passengers.

Transportation Minister Budi Karya Sumadi spoke at length on some details of the Syamsudin Noor Airport.

After reviewing the terminal, the president headed to the inauguration tent.

The president noted that an over seven percent growth in the number of passengers had been recorded at Syamsudin Noor Airport.

President Jokowi remarked that the government had continued to build infrastructure, so that it could compete with other developed nations.

President Jokowi expects that the new airport will be connected to tourist and industrial areas.

"That is the duty of the provinces, districts, and cities," he added.