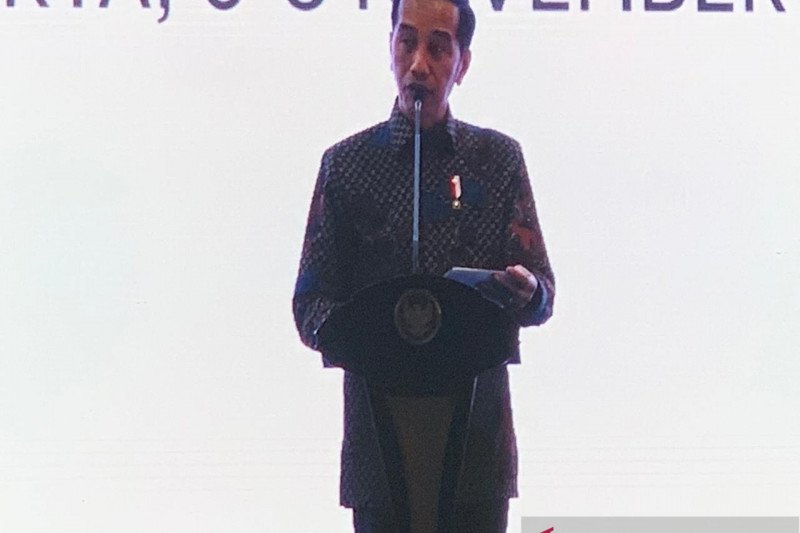 WARTABARU.COM – President Joko Widodo (Jokowi) has asked state-owned enterprises (SOEs) to allow private companies a chance to be involved in carrying out infrastructure projects in regions.

"SOEs must not take them all. Allow private firms, including local entrepreneurs, a chance to be involved in the development of infrastructures," he said after opening the Indonesian Construction Expo 2019 at Jl Expo Kemayoran in Jakarta Wednesday.

He frequently received reports from building contractors in provinces who say they have no chance to carry out infrastructure projects in their provinces, the President said.

Therefore, he asked the relevant agencies to provide the private sector with a greater role in the development of infrastructure projects.

"Many provincial building contractors have complained to me. They told me that SOEs have taken them all. I have asked them (SOEs) not once, twice (but many times). I hope in the next five years, the private sector can be given as great a role as possible," he said.

To continue infrastructure development, not all projects can be financed by the state budget. Therefore, it is necessary to develop creative financing schemes including government-corporate body cooperation (KPBU) and Public-Private Partnership (PPP), he said.

In the regions that have a low internal rate of returns, the government will directly handle the infrastructure development, the President said.