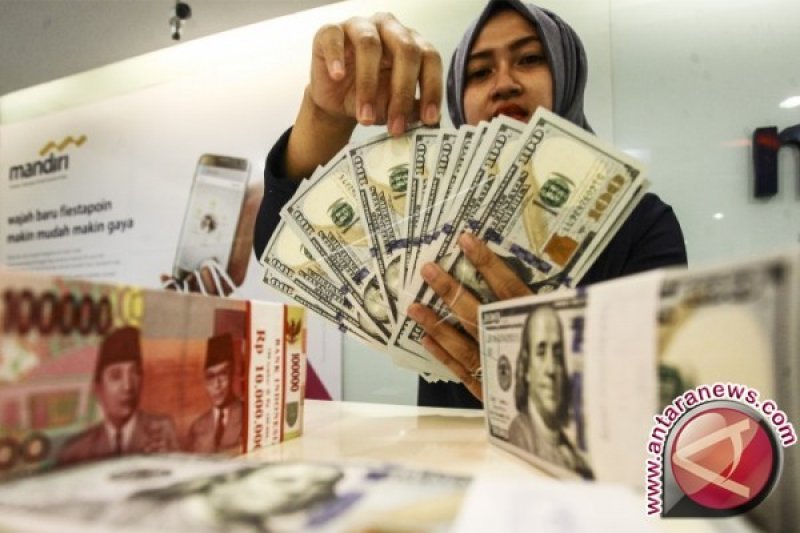 WARTABARU.COM – The continued downward spiral of the rupiah against the greenback is forecast to continue on Wednesday after its sluggish pace some days ago at the Jakarta interbank spot dollar rate.

"During today's transaction, the rupiah will continue to weaken in the range of around Rp14,220-Rp14,283 per dollar," analyst and CEO of PT Garuda Berjangka Ibrahim Assuaibi stated here on Wednesday.

The rupiah’s continued downslide was caused by external and domestic sentiments, particularly by President Donald Trump's statement on the sidelines of the G7 Summit in France last Monday.

Trump remarked that some high-ranking Chinese officials had called their US counterparts and offered to return to the negotiating table to tackle the trade dispute.

However, the Chinese Foreign Affairs Ministry claimed to have not been aware of any such contact between their officials and the US government over the trade dispute.

On the domestic front, higher corporates’ demand for foreign currency at this month’s end had triggered a resumption in the depreciation of the rupiah.

According to Bank Indonesia’s mid-rate, the rupiah dropped on Wednesday, heading toward Rp14,263 per US dollar in comparison with Rp14,235 per US dollar earlier.