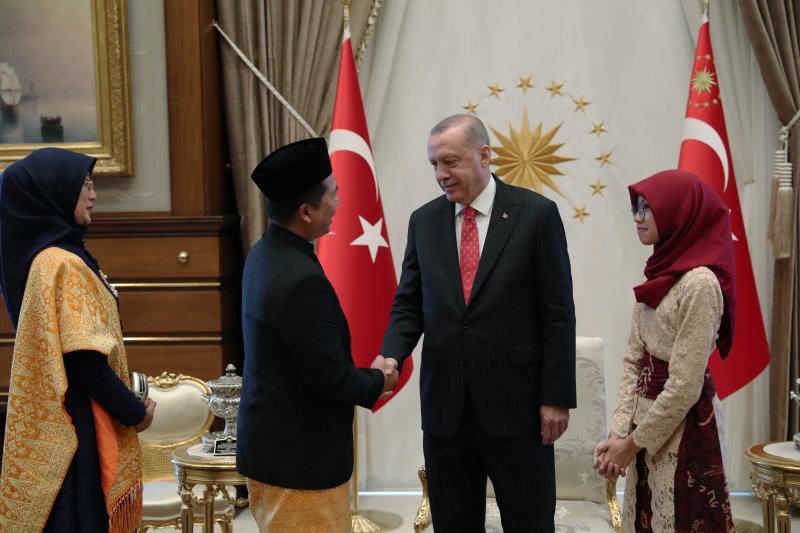 Erdogan confirmed the plan during a meeting with Indonesian Ambassador to Turkey Lalu Muhamad Iqbal. The meeting took place after Iqbal presented a letter of credence from President Jokowi at Kulliyesi Presidential Palace in Ankara on Friday (August 23, 2019).

"During a meeting in Osaka some time ago, my brother Widodo reminded me of the invitation he had extended to me to visit Jakarta. That's why I plan to visit (Jakarta) in the first quarter of 2020," President Erdogan was quoted as saying by the Indonesian Embassy in a written statement released on Saturday.

President Jokowi last paid a state visit to Turkey in 2017.

Unlike most of other heads of state/government visiting Turkey, President Jokowi was welcomed by a herd of horsemen and soldiers wearing traditional army uniforms from the Ottoman Empire at the Turkish Presidential Palace, Beyaz Saray.

In addition to his planned visit to Jakarta, President Erdogan also discussed several bilateral issues with Ambassador Iqbal, including a plan to expand cooperation in the defense industry to become defense cooperation as well as efforts to conclude a free trade agreement and establish counter-terrorism cooperation.