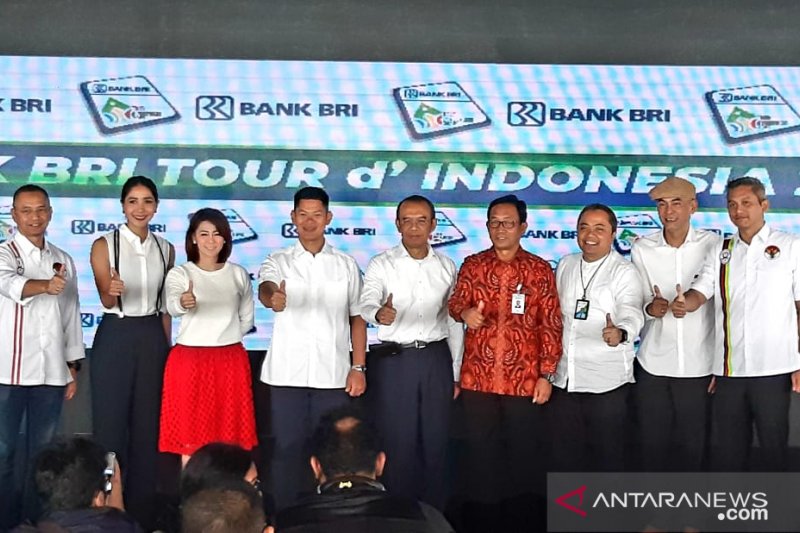 WARTABARU.COM – An enthralling adventure that started from Central Java’s Borobudur Temple and will conclude on Bali Island is set to test the mettle of 22 countries’ 90 cyclists participating in Tour d'Indonesia (TdI).

The UCI category 2.1 international cycling race of TdI 2019 was kicked off from the 9th-century Borobudur Temple, the world's largest and oldest Buddhist temple located in Magelang, Central Java Province, on Aug 19, with 18 domestic and foreign participating teams. The cyclists are expected to reach the finish line on Bali Island, one of the world's most famous tourist resort, on Aug 23.

"We have made comprehensive preparations and are content that all regional heads, whose cities fall on the race's route, fully support the event," he emphasized.

Australian cyclist Angus Lyons emerged as the supreme winner of the first stage in a tightly contested race.

In the meantime, the Indonesian Cycling Federation (ISSI) has set a target to raise the level of TdI to 2.HC (Hors Class), from the current 2.1 International Cycling Union (UCI) level next year.

"This year, TdI is still at 2.1 UCI level. Our target is that it should reach the same level as Tour de Langkawi, notably at 2.HC," Raja Sapta Oktohari, chairman of ISSI Executive Board, remarked recently.

Le Tour de Langkawi is a blue riband event and the highest level cycling race in Asia, with continental-level participants, and includes pro-continental and world tour teams. Its facilities are also of international standard.

Oktohari admitted to it being challenging to reach the same level as that of Tour de Langkawi, but he remained optimistic, as several improvements had been made to raise the level of TdI.

"2019 is the second year for TdI, with the 2.1 UCI level, which is the highest level race in Indonesia. We have been making improvements. A helicopter is deployed this year to guard the race, which is one of the conditions for a level upgrade," he remarked.

This year, the 11th Tour de Singkarak (TdS) will be held in the provinces of West Sumatra and Jambi on November 2-10, 2019. For the foremost instance, the route of the TdS, which is a major sports tourism event of West Sumatra, will be expanded to also cover the neighboring Jambi Province, Tourism Minister Arief Yahya stated during the launch of the 2019 TdS in Jakarta recently.